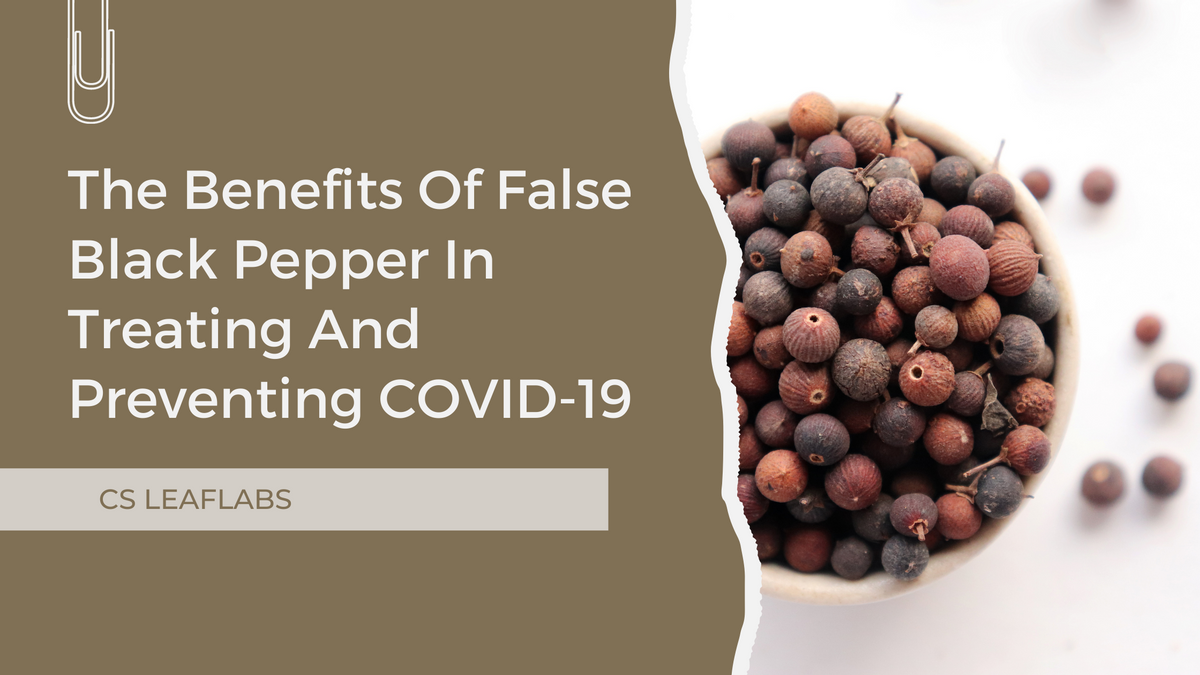 Despite widespread immunization, scientists continue to investigate the viability of natural treatments against the COVID-19 Pandemic. Clinical trials employing natural medicinal herbs to treat COVID-19 patients have been conducted in numerous countries, including India.

The main protease in SARS-CoV-2 is known as 3C-like protease (3CLpro), and it consists of a highly conserved catalytic domain from the SARS virus.

It is essential for controlling several functions of Covid-19, hence targeting the 3CLpro would prevent the virus from building its proteins and help in inhibiting viral replication.

Thus, based on several peer-reviewed studies had mentioned the potential of False Black Pepper (Embelia Ribes) against COVID-19 due to the several phytochemical characteristics

What is false black pepper?

It is commonly known as false black pepper or Vidanga.

Embelia Ribes grows in semi-evergreen and deciduous forests at an altitude of 1,500m found in the central and lower Himalayas area. It is considered to be a vulnerable and endangered species.

How does Vidanga work?

The fruits, leaves, and roots are used to cure various diseases and Embelin reported as aqueous extract of the fruits showed several pharmacological activities.

It has been reported that flavonoids are important for human health because of their antioxidant which acts as free radical scavengers as they are potential reducing agents that protect from oxidative damage.

Embelin could be an interesting pharmacological tool able to decrease the damage associated with metabolic and neurodegenerative diseases [Ref].

Conventional or synthetic medications used to treat inflammatory illnesses are ineffective and can have dangerous adverse effects.

The results of the present study demonstrate that hydroalcoholic extract of the seeds of Embelia Ribes possesses significant anti-inflammatory potential.

Considering the pharmacological activity profile of Embelin, it is suggested that Embelin be a useful diabetic modulator or adjuvant along with clinically effective anti-diabetic drugs in the treatment of type 2 diabetes mellitus.

Based on peer-reviewed studies had reported Vidanga (Embelia ribes) had the highest antiviral activity [Ref].

Quercetin, a ubiquitous plant flavonoid, was identified as the active substance in the fractioned extract which is a natural nontoxic anti-viral agent reducing viral production [Ref].

How Embelia Ribes fight against COVID-19?

Based on recent studies, conclude the viral protein PDB 6Y84 protease (COVID-19)  is an excellent target receptor for quinones such as Embelin [Ref]

The great combination of the Embelia Ribes activity such as antioxidant, anti-inflammatory, anti-diabetic, and anti-viral is able to help us to fight against COVID-19. The properties of Embelia ribes will be able to inhibit the COVID-19 protease and protect the organ from free radicals.

Synthetic vs Natural Vitamin C Nutrients: Does It Matter?
Dec 03, 21